Knott’s Berry Farm’s Camp Snoopy has a fresh new look! Knott is my favorite place to go for tots.

our favorite part of Camp Snoopy was the photo area, where we got to meet and greet our favorite dog Snoopy and the rest of the Peanuts Gang.

** Not only has Camp Snoopy been beautified with brand new signage, a fresh coat of paint, a beautiful river flanked with flowers, it also now has a great photo op area where you can get photos with Snoopy and the Peanuts Gang, a brand new Camp Snoopy theater, and THREE NEW RIDES!!!!!

- the first new ride is called the Linus Launcher. fly on Linus’s blanket arcrossed the sky.

- next up is Charlie Brown’s Kite Flyers. a kiddie version of the swings ride. 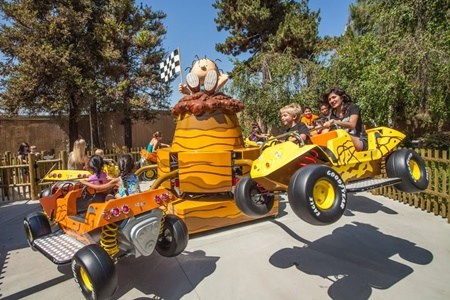 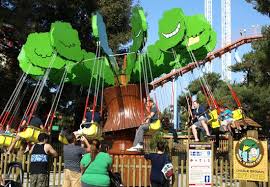 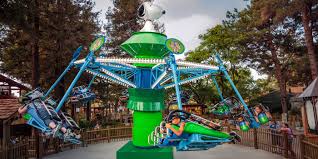 all around the new Camp Snoopy, you are going to find fun new signs, character back drops and colorful flowers throughout the camp. and don’t forget about all the other great rides. there are still all your favorite rides to enjoy.

did you know that Knott’s has many fun experiences that are also educational available for guests around the park. Panning for gold is one of my family’s favorites. Panning for Gold is located near the Churro Factory and in front of the Knott’s Cemetery in Ghost Town. it costs only $10 per person to pan for gold, and tickets can be purchased at the Toy Store which is located a few doors down near the Haunt Museum. 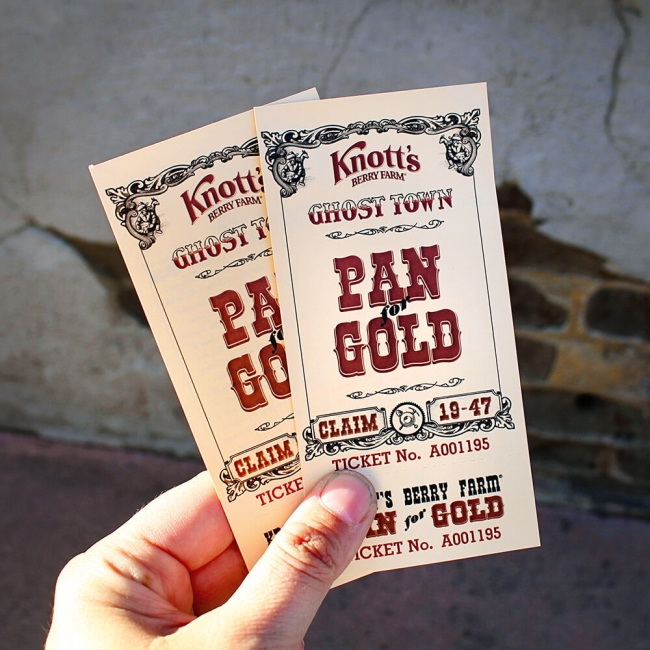 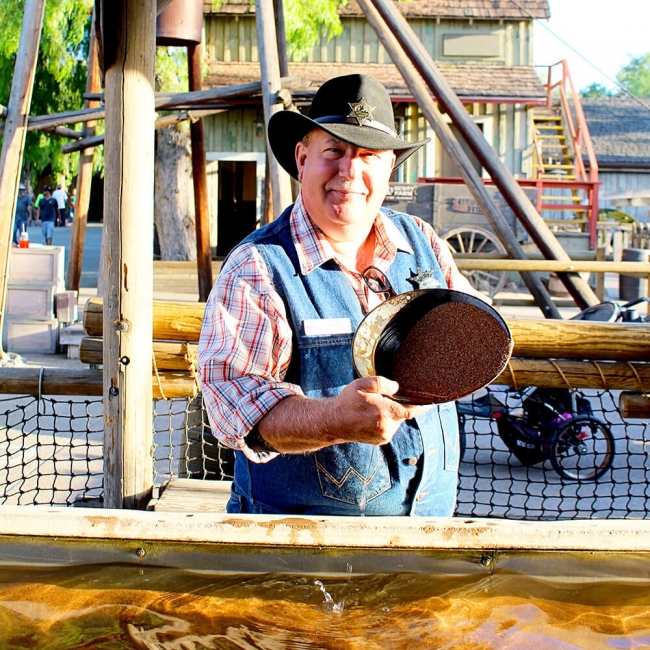 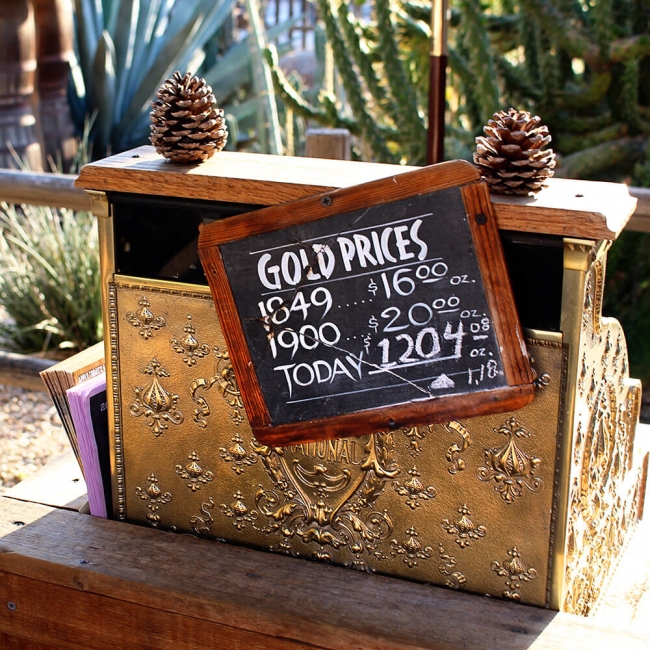 t’s fun to pretend you are traveling back in time,  experiencing the life of a prospector trying to stake their claim. it’s also a great way to have some hands-on fun with history at Knott’s.

Voyage to the Iron Reef is Knott’s newest ride! you can read all about our experience and get details here. let me tell you that my boys just love it, and it is unlike any other ride you will find at Knott’s. it is a sic-fi adventure that takes you into a real life video game. make sure to try out this new ride.

the fun continues after dark with the…

beginning June 13 – August 23 (no shows on Mondays & Tuesdays), Vertical Impact presents Vertical Impact Geared Up! the ultimate blend of extreme stunts with high flying acrobats performing a one of a kind performance perfect for the entire family! this high energy show is set to the most popular songs of today, combining everything from trampoline stunts, skaters, bmx bikes, dancers, and aerialists with awesome special effects. each show will end with a meet & greet for the guests and entire cast on stage. “DJ Nytemadness” will keep the party going mixing  EDM, dance & pop hits after each show while the cast joins the guests to party, dance, take selfies, and just be a part of it all.

Charlie Brown, Linus, Lucy and the world’s most popular beagle, Snoopy are back performing Charlie Brown’s Happy Campers at the Camp Snoopy Theater! it’s a show that’s sure to make an outdoorsman out of anybody! shows begin June 14 and will continue through September 1, 2015. times are posted just outside the theater.

Ghost Town is alive with townsfolk who will put you smack dab in the middle of the Wild West. Knott’s new residents have recently put down stakes…Clem Culpepper, the gold miner, Ma & Pa Shine, our resident moonshiners & Nathan Quickly, the Pony Express Agent. as you mosey through Ghost Town, be sure to say “Howdy” to returning favorites, Dusty Trail, who’s never without her six-shooter, Miss Ruby, the purtiest Saloon Gal in town, Miss Apple the School Teacher, and the rest of the Calico townsfolk.

visit the Birdcage Theatre for some old fashioned, homespun fun that’s sure to tickle your fancy and bust your gut. Tuesday & Wednesday, June 17 through August 21, 2015.

For a “Yeehaw” of a good time you won’t want to miss the Ghost Town Miners sing and play some of the best bluegrass this side of the Rio Grande! check them out on the Ghost Town Spurs Stage, Tuesday through Thursdays, June 16 through August 20, 2015.

things are about to get krazy when Krazy Kirk and the Hillbillies perform their toe tappin’, knee-slappin’, side splittin’ country comedy show that has Knott’s audiences clamoring for more! it’s the perfectly krazy way to spend some time at Knott’s Berry Farm! shows are performed Fridays

Nothing says a fiesta better than the energy created by some of Orange County’s most popular salsa bands. Friday, Saturday & Sunday evenings from June 13 through August 23, 2015 you can salsa the night away at the Fiesta Plaza stage. (additional performances on August 29, 30 and September 5, 6, & 7)

The Big Fat Steve Band – The Kings of Kool is BACK by popular demand! a fun, exciting dance band with a swingin’ beat. you can enjoy the live musicality of rockabilly, swing and classic sounds while practicing your dance moves. shows are Wednesday through Saturday, June 13 through August 29, 2015. (additional shows September 5 & 6)

Dance ‘til you drop and wave your hands in the air until you just don’t care with DJ Howly, one of Orange County’s most requested “mixers & spinners”.

sit down in the Knott’s Wagon Camp and rest your feet while witnessing Knott’s signature rowdy, comical, western stunt show. will the bad guys manage to re route and steal the gold? you can only find out by watching the show!

what’s a Saloon without a show? Don’t miss the Calico Saloon Show for some good old’ fashioned bar room fun. i’ve heard that the dancin’ girls even perform that new fandangled dance from Paree, France, the Cancan! you might even want to cool off with a tall cool bottle of the hard stuff…Sarsaparilla! shows

Sit back and let the Knott’s Native American Storytellers shares stories of their rich history and culture. this award winning, one of a kind attraction, complete with special effects will mesmerize and amaze you. it’s a great way to take a break from the walking and take a moment relax during your visit to the park. 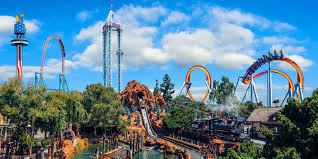 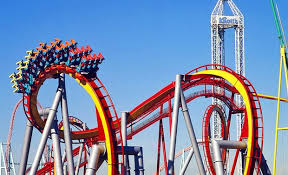 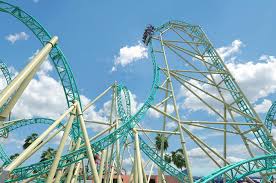 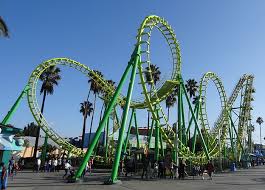 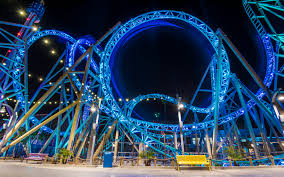 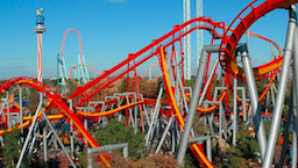 - spring is my favorite time of year at Knott’s Berry Farm because that is when Knott’s has their Boysenberry Festival! did you know that the boysenberry originated at Knott’s? and that is why the Boysenberry festival is so special and unique to Knott’s.

of course you can’t have a Boysenberry Festival without having lots of boysenberry food and drinks. this year will be the debut of Knott’s very own farm-made Berry Market™ Boysenberry BBQ Sauce, and during the food fest, the tangy, finger lickin’ sauce will add the perfect flavor to ribs, BBQ chicken, chicken wings, and more. other must try Boysenberry Bites will include fried cheese curds paired with spicy boysenberry dipping sauce, fish and chips sandwich with boysenberry tartar sauce, Boysenberry ICEE Floats, Boysenberry Frappuccino and Latte, and even more charbroiled treats cooked on open-air barbeques throughout the streets of the festival. 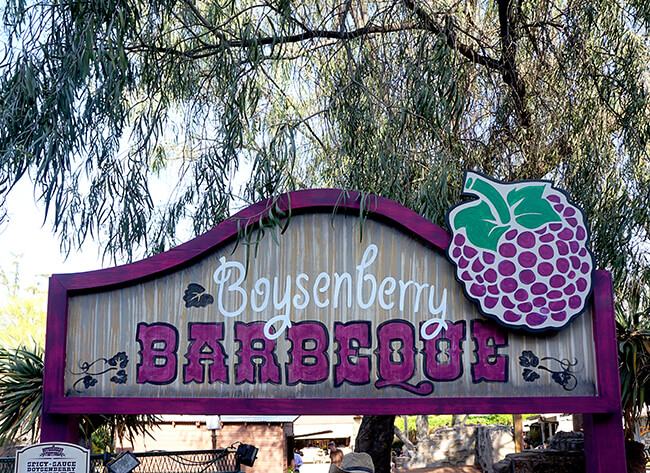 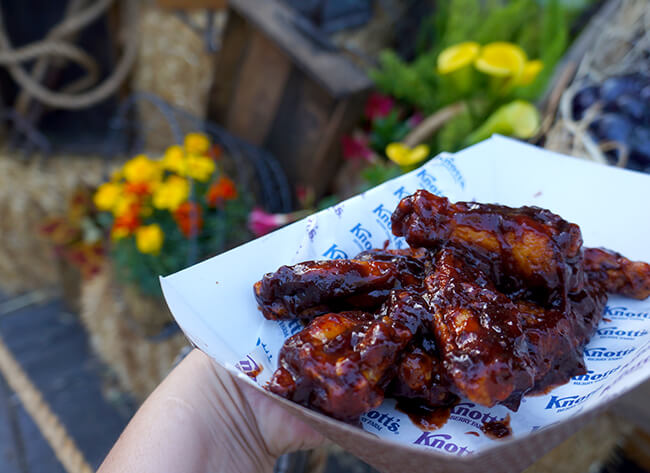 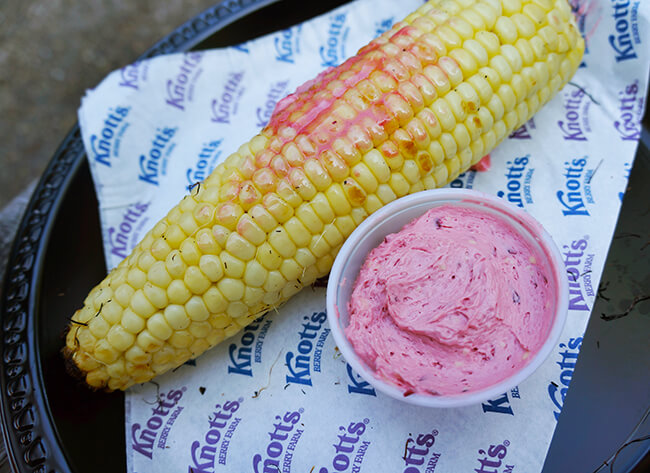 Discover the best ticket packages and biggest savings for your visit to Knott's Berry Farm. Enjoy all of our world-class attractions, rides and entertainment options including the interactive 4-D ride, Voyage to the Iron Reef and GhostRider!

Love is in the Air at ifly 💕

Ever Swim or Scuba dive in a Crater